Yes, this would have been a good post for FRIDAY or even SATURDAY as you were getting ready to party on, but as the title suggests, I am a day late and a dollar short. That’s just how it is folks. 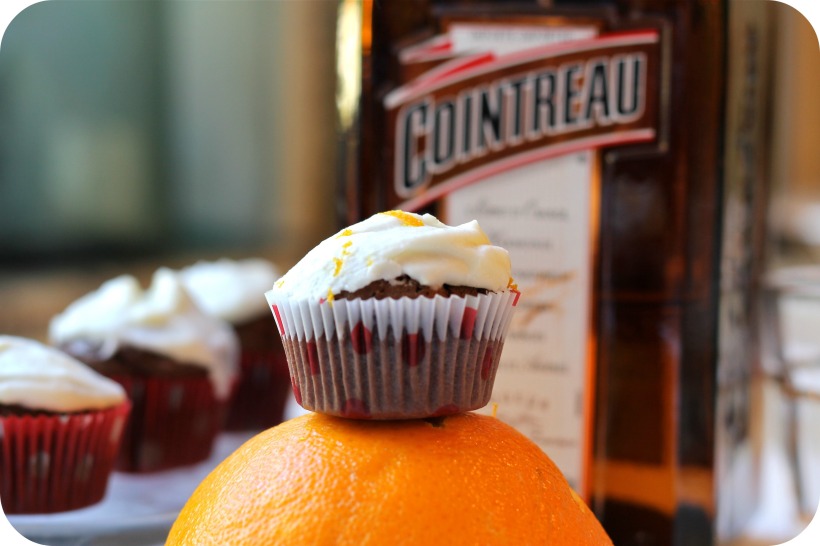 This week has been nuts. At best. We have visited TWO ER’s, THREE other Doctors’ offices, went for an MRI, AND the best part is, this all started ON CHRISTMAS! Who knew we could be so exciting?! I did. That’s our Christmas M.O. I’m afraid. That is not the first time we have needed an ER on Christmas.

My husband tore a leg muscle and a tendon. “How?” you may ask. Well, we are sticking to the story that he was  practicing his act for Cirque Du Soleil and should have warmed up more. Or another story we have thrown out there is that we are not as acrobatic as we used to be (wink, wink).  But the truth is boring, and I really don’t like to bore you to tears here. Well, at least I don’t TRY to. It may happen now and then, but honestly the effort is to entertain you my friends. Really. 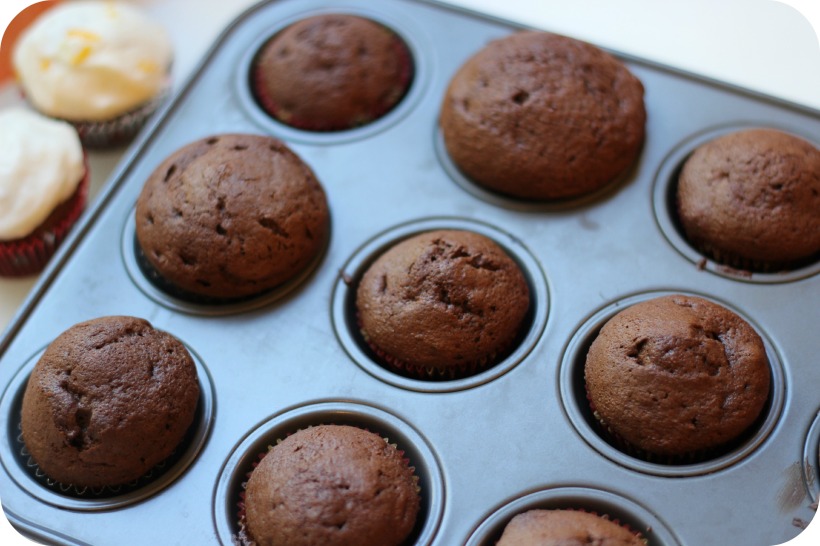 Believe it or not, I made these guys for breakfast…to bring to my dad. These are the FAMOUS cointreau cupcakes from this story here, and I messed them up on Christmas Eve by making them from SCRATCH. I just don’t do mixes anymore. It’s against my religion or something. But unfortunately, they just weren’t drunken enough and didn’t taste like our old favorites I grew up on. Yes, I grew up on swigging drunken Cointreau cupcakes. That’s just how we roll. 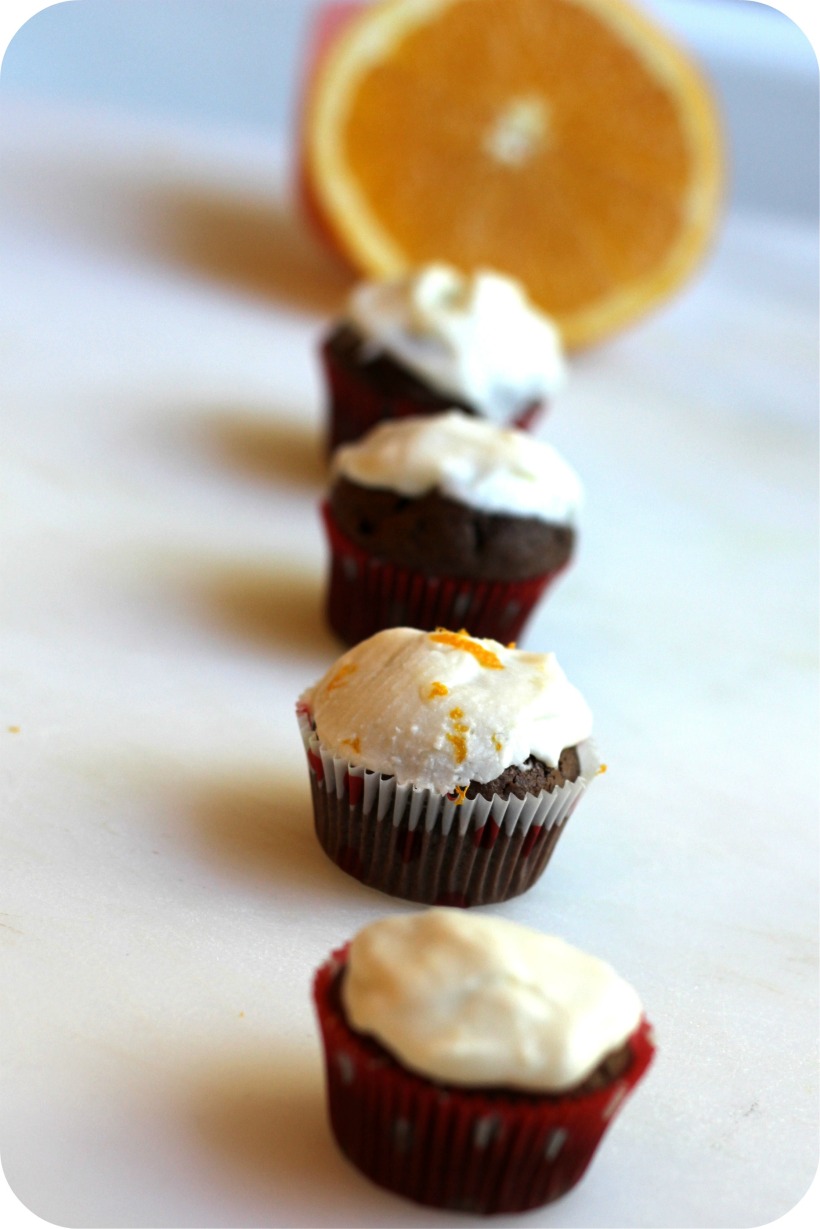 So I promised my dad a fresh batch, cake mix and all (I will go to confession later), to replicate our perfectly drunken Cointreau cupcakes. He looks forward to these little babies ALL YEAR.  But as luck wouldn’t have it, I was low on butter. It seems that a baker is either devoid of butter or has a plethora. Today, I just had one stick and that was not enough for frosting and so…the Lucille Ball moments played out. I added a bit of cream cheese to compensate for the lack of butter and two tablespoons of Cointreau. A little taste….not enough Cointreau. 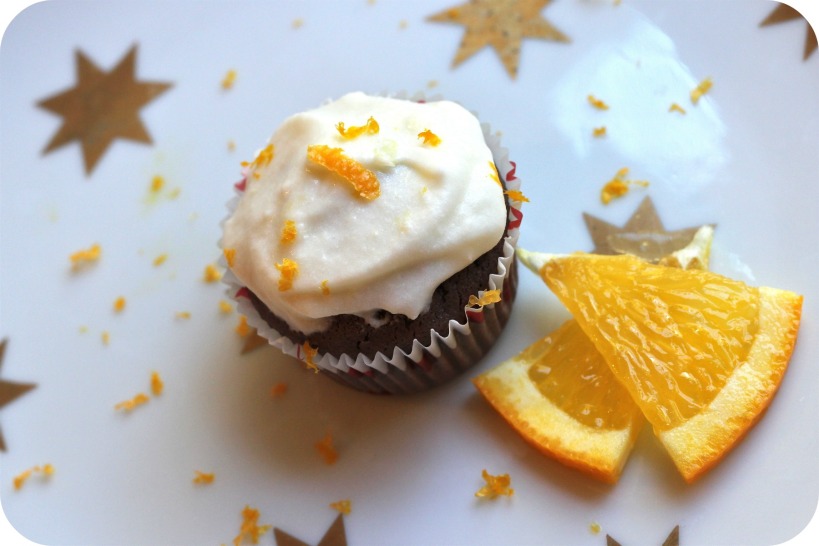 I was perplexed by the lack of Cointreau taste or was my judgement getting a bit fuzzy perhaps?   Maybe the tang of the cream cheese was over powering the Cointreau flavor. So I basted the cupcakes with straight up Cointreau, frosted it, and tried one. Then I tried another. Enough Cointreau? I still didn’t think so. Next time, no cream cheese. Just a plain ol’ buttercream with LOTS AND LOTS of Cointreau!  I guess I may owe him another batch…

Cointreau Buttercream Frosting
1 c. unsalted butter, brought to room temperature
2 T. Cointreau (or more if you like)
Enough powdered sugar to firm up your frosting (about 3-4 c.)
For beauty and splendor…grated orange zest over the top.

For the Cake: Preheat your oven to 325 degrees Fahrenheit.  Prepare mini muffin pan with liners or regular cupcake pan. Combine all ingredients in a bowl of a stand mixer. Beat on medium until well combined, scraping down the sides of the bowl. Scoop the batter into the muffin tin with a mini ice cream scoop if you have it or just with a small spoon. Fill 2/3 full. Bake for 12 minutes.  Cool entirely before frosting.

For the frosting: Beat the butter until creamy. Add the sifted powdered sugar (I never sift, it’s a problem…you should sift…I have baking ADHD). Add the cointreau and beat until creamy. Spread with a knife over the cupcakes. For stiffer frosting add more powdered sugar and then you can pipe it but then you won’t taste the Cointreau as much so it’s entirely up to you. Pretty or really drunken? I went for drunken.